June 30th, 2010, is a date that will long live in my memory. It started just like any other day as I got up at 5, drove my Dad and Derrick to the train station to catch the 5:55 train, and headed into the office to have my personal quiet time before the beginning of the work day. By the afternoon, work projects were in full swing as I worked through another busy day of technical support issues, meetings and phone calls. 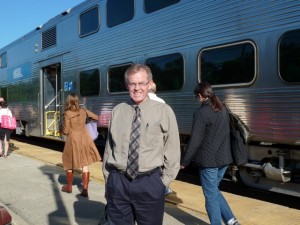 “Adam, your Dad called,” one of my coworkers told me as I returned to my desk. “He said that you won’t need to pick him up from the train today, and asked if you could give him a call.” I was already on my way to another meeting, and the work day was over before I had the chance to return his call, little expecting the news awaiting me at home.

In 2007 our family had returned to the States after two years of serving together in Mongolia, and the Lord again showed His faithfulness in providing my Dad with an excellent job in downtown Chicago. The blessing of the Lord was supremely evident in the favor that my Dad was given as he returned to electrical engineering work at ESD, a company that he had worked at for nine years when our family lived in the Chicago area.

Even though the ecconomy was struggling, and many others were seeking jobs at the time, it was like the Lord was giving us a living demonstration of His promise that as we seek first the Kingdom of God, and His righteousness, all these things would be added unto us. -God Himself would undertake to provide for our needs.

But as I came in the door that June evening, Derrick met me with a sober expression on his face, and explained that he and Dad had just been let go from their jobs at ESD. Feeling a little numb with shock, I went upstairs and found Dad and Mom sitting at the dining room table. Dinner was strangely quiet that evening as we all sat processing the unexpected news.

But looking at my Dad’s face, I saw something different. There was a joy and confidence, almost an excitement about what God was going to do next. In the days and weeks that followed, the deeper purposes behind the timing of this unexpected change began to come to light.

[2]When God brought Elijah into the wilderness during a great drought, Elijah was sustained by the ravens and brook. But when the time came for Elijah to move on, God didn’t send an angel with a message, He simply dried up the brook.

God was doing something, and we continued to pray for direction. Was God wanting my Dad to take another job, or was the Lord opening the way for us to return to the mission field? During the three years of working in Chicago, my Dad was enabled to replenish the funds needed to go back out, but we were just seeking the Lord’s confirmation on the timing of our return.

Several months of job applications, resume’s and interviews with engineering firms seemed to indicate that the Lord has closed this door, and my Dad took several days in special prayer for direction. On the final day, he received an unexpected e-mail from Tim and Angie, the couple we had served with in Mongolia, asking if we had any thoughts or plans on returning to overseas work.

After this and other confirmations, the details seemed to fall into place rather rapidly, and a few weeks later we had booked tickets for eight of us to fly to South Korea, where Tim and Angie have based their work in South Korea and Mongolia. Working with IBLP [3], their vision is to strengthen and Christians and families with sound Biblical teaching, such as IBLP’s Basic Seminar [4].

My own responsibilities at IBLP as IT Director were transitioned over to Robert Staddon, a good friend and coworker, and I chose September 17 as my last day. It was hard to leave so many good friends, but I know that God has called me to overseas work, so I feel a special joy in returning to the place God has called me.

Arriving in Korea on October 20th, I have been learning all I can from Tim and Angie before they fly back to the United States on November 6th, where they will take several months to visit family and friends with their new baby Josiah. Because my family will arrive after they leave, I felt that these two weeks of overlap with Tim and Angie would be very helpful as our family makes the adjustment to life in Korea.

We would be grateful for your prayers as we enter into this new season of ministry as a family! 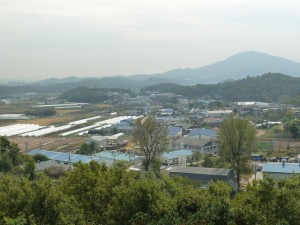 View from our Apartment in Korea